Meet Maria, one of our latest Healthwatch Stockport members and listen to her story during lock-down - proving that it has not all been bad. 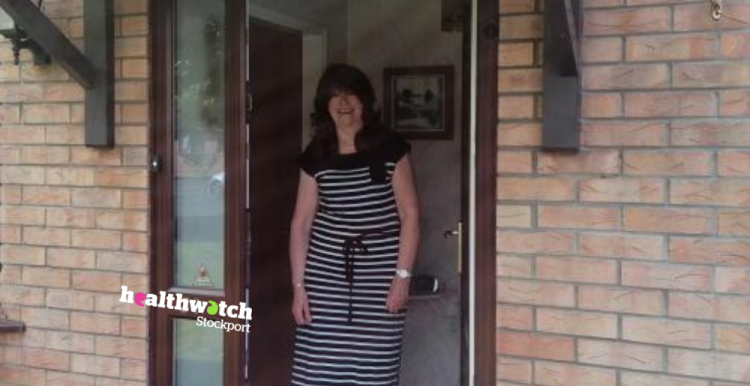 Well, I'm sure that I must be in a minority of people in the UK who actually had the time the time of their lives in their four months of Lockdown and Shielding because of Corvid 19.

Mine was a brilliant experience which began with a worry of how to get my monthly heart medication delivered when my local chemists were unable to do this due to a shortage of drivers.  I checked Stockport Council website and found the telephone number for Healthwatch Stockport.  My call to a lovely lady called Maria soon solved my medication delivery problem.  In fact she kindly offered to provide the same service to a partially-sighted friend of mine  who was having the same trouble. 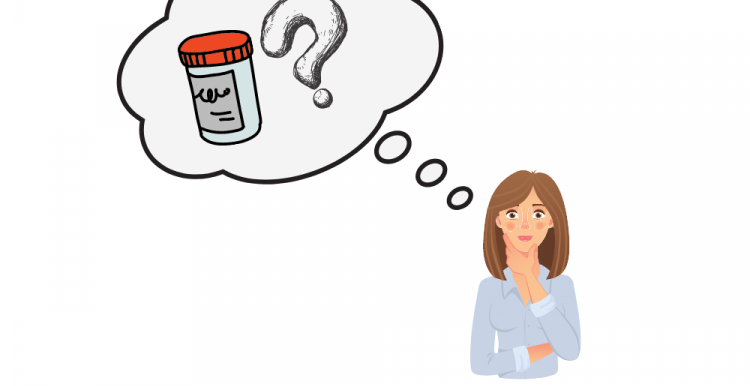 A few days later Maria rang me and also my friend, asking if we would become volunteers and  'Phone Friends,' ringing a 94 year old lady who lived alone and was recovering from two serious operations.

As she was  'Shielding' like my friend and I, her family were no longer allowed to visit her in her house, except for delivering food and feared she would become lonely and isolated.  My friend Pam and I agreed.

The lady turned out to be a lively, articulate, fun-loving lady who had been very active before her operations and who has many interests, some of which we share.

We ring every week and after  the third week we discovered that the lady had a long-lost friend whom she hadn't been in contact with for 35 years, and who just happens to be in the same choir as Pam and I.  What an amazing coincidence!

So, Pam rang our choir friend and now the two ladies have been reunited and are back in touch with each other. That was happy incident number one. 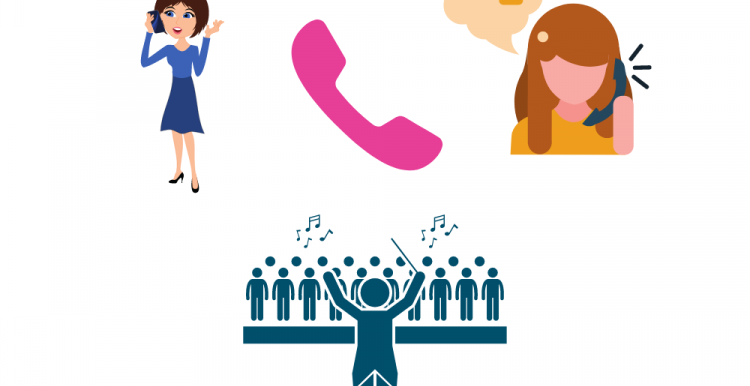 Then came the TV broadcast by her Majesty the Queen which was the first to be made by her,  at a time other than her traditional Christmas broadcasts.

This was shortly before her birthday and was inspiring, encouraging the nation to display the same grit and fortitude which brought us through two World Wars.

I was so impressed that I decided to send her a birthday card,  something  I'd never done before.  Imagine my surprise and utter joy when I received a lovely, fairly lengthy thank you letter in reply!

I was like a chicken with two heads running around the house, hardly able to believe it.  I spent much of the rest of the day on the phone telling my friends, some of whom now jokingly call me ‘My Lady!’ 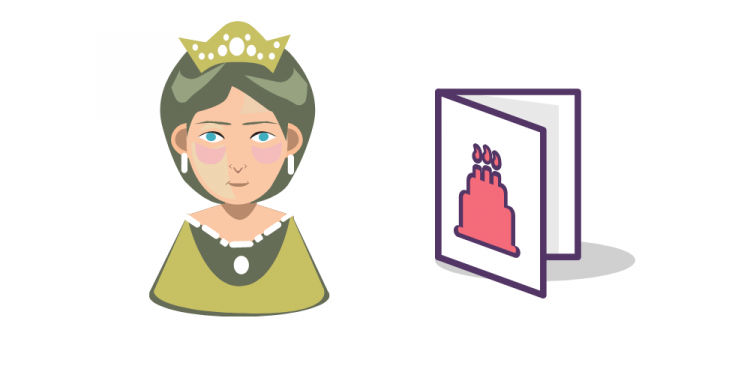 Lucky lockdown incident number three came from my interest in all things concerned with rockets, space the planets and stars.   SpaceX were sending  their rocket to dock and deliver the two American astronauts, Doug Hurley and Bob Behnken. The midweek launch was delayed due to bad weather and was rescheduled for the following Saturday, 30th May.   I always look for International Space Station (ISS) going over my back garden when it's orbit  brings it regularly over Stockport.   (If you're interested you can register with NASA.gov to get the relevant information)

On launch day I received a link from Tim Peake which invited me to send and receive messages from the the two astronauts throughout their flight, It was absolutely amazing!

My questions and comments to them got answers and even an emoji when I stood in the garden watching them follow ISS.

At one point they appeared to be going in a different direction so I asked "Are you going the right way?”   Their reply was an emoji showing an exasperated horse wearing a helmet and breathing out clouds of air!  The rocket  turned about the same time I sent the message and correctly followed ISS, so I apologised!   What an experience that was, I'm still reeling!   My interest continues and I'm glad both men returned safely to earth on 2nd August……what an achievement! 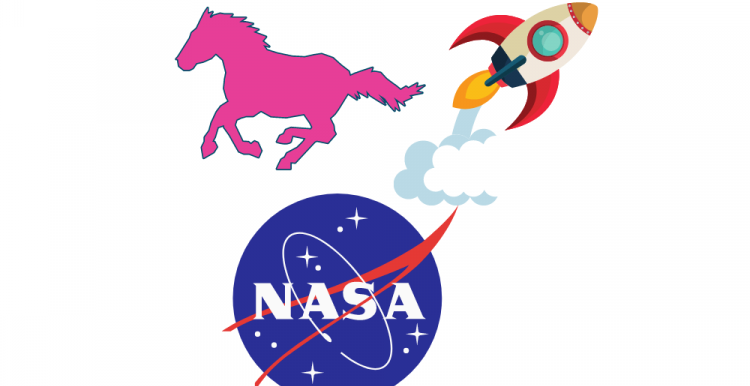 While all this was going on I've forgotten to mention that I joined Gareth Malone's online choir, ‘Gareth Malone's Great British Home Chorus’.   Rehearsals were Monday to Friday, 5.30pm until 6pm which I can only describe as one-to-one coaching by Gareth.  He was in his converted garden shed turned into a studio, at the bottom of his garden. He couldn't hear or see any of us but took you through the songs leaving it up to us to decide if we were sopranos, altos, tenors, or bass.   I could neither hear nor see anyone  else of of the thousands in the the choir who were tuned in.   It was just Gareth and me – incredible and this continued for fifty two days!    The result is that we've now recorded four songs on an EP CD with Decca Records who guided us with clear instructions on how to self-record, self-video, and finally upload our efforts to them.   We've recorded 'You are My Sunshine',  I'm Still Standing',  'Ordinary World',  'Somewhere Only We Know',  all accompanied by the London Symphony Orchestra.

There was a three part BBC2 programme called  ‘The Choir: Singing for Britain’ in which a few members of the choir featured,  (it's on iPlayer if you missed it click on the link here to watch).   All the money from the CD's is going to

NHS Together Charities.  Next year or whenever we get a vaccine for Corvid19, we'll be giving a concert in a big venue probably down South.  Members of the choir are from all over the world, in fact twenty seven countries. It will be nice to eventually  meet up with them  when we can.  How on earth did I get here!

I've used the internet to hear Mass in several countries and cities  including Mumbai, Massachusetts, Toronto, Paris,(Notre Dames's 1st Mass after repairs caused by the fire),Singapore and Leeds.

I've been teaching French to my 10yr old neighbour on a video call and I've organised Pen Friends for 9 children in Japan, Cornwall, Stockport, Oxford and Sydney.   I'm also in the process of becoming a Pen Pal myself with 3 people who contacted Age Uk.

That wraps up the strange tales of my 'Lovely Lockdown'.  I hope yours hasn't been too difficult and I can only add  that volunteering is the key to opening lots of doors to  interesting opportunities and friendships.

So do it today! I can assure you that what you give by volunteering , comes back to you in spades.....a hundredfold !! 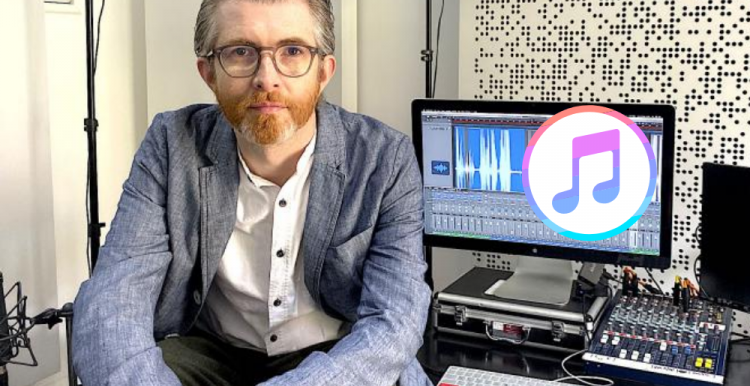 You can help make health and care services better by sharing your experiences and ideas. 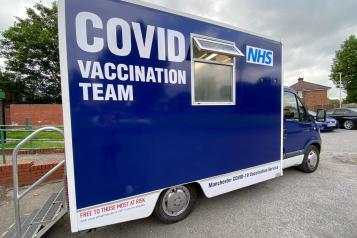 On Target – Latest Vaccination Walk-in Pop Up Vaccination Clinics
As part of a programme to get as many people vaccinated as possible, two more pop up clinics offering walk-in slots, with no booking required, are being held this week.
17 August 2021
News 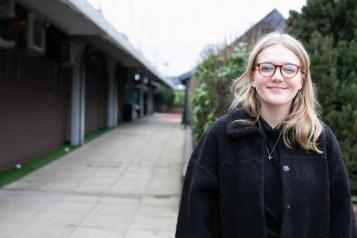 Managing your mental health as lockdown eases
The current coronavirus (COVID-19) pandemic may cause you to feel worried, anxious, or scared. Read our tips to looking after your wellbeing.
7 July 2021
Advice and Information 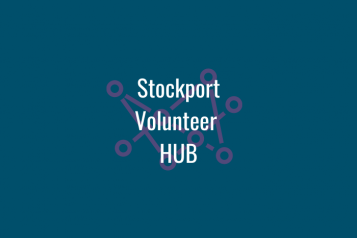 Stockport Volunteer HUB
The coronavirus is affecting work and lives everywhere. Find out how you can volunteer.
20 January 2021
News